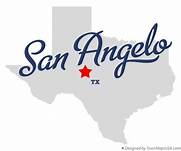 I got on the plane to Dallas/Fort Worth to catch the flight to San Angelo. We had talked the night before. Jace*—- was very excited and told me that he couldn’t wait to hold me in his arms once again. I have to admit, I too wanted to feel the arms around me that was once held my heart in his hands. I wanted to feel the same love I felt, the trust I once held that made me feel that he would always be there. That had my back no matter if he believed my point of view was right or not. Would I feel that or would I hold myself back in fear. Worse yet would his love for me have changed.

As I got off the plane in San Angelo, Jace*—- was there waiting for me. He looked the same. He had a smile on his face and you could feel his excitement. But being clairsentient what would I feel once I was in his arms? Energy does not lie; it cannot hide behind a smiling face. When I stepped into him, I felt love, I felt relief. It felt right, it felt like home. It felt like he truly was wanting to be us again. I so wanted to believe that. So cautiously and with hope that my heart would not be shattered in pieces again, I let my guard down.

As we drove to his apartment, once again I saw the deer by the side of the road. A sign I hoped telling me all was well and would be the same. We took the time going by Lake Nasworthy to see nature at it’s best and sure enough we say turkeys. All of these things were so Jace*—- and so much a part of being in his presence in his beloved state of Texas. It melted my heart, like we were taking up from where we had left off.

Soon we found ourselves parking in his space at his apartment building. Jace*—- searching for a cd, asked me to open his glove compartment to check if he had put it in there. It was, so I grabbed it for him. I opened it up and found the cd, but I also found a box full of condoms. That hit me in the gut. True we had been apart so I had no right to be judgmental about what I saw, but none the less it spoke volumes. Nonetheless it hurt. I did not say a word. I could feel his discomfort as he seen that he had forgotten to think about what I would find if I opened it. It was almost like he was waiting for me to say something.

We continued upstairs where he opened the door to his home. I walked in and noticed right away a few differences. Right by his front door he had a skull of a bull that use to have my panties on it. My panties were no longer present. Well at least there wasn’t someone else’s panties on it. But what it represented was that the presence of me had been swept away from his residence. I of course, rationally should have expected that I guess, but it just reminded me of how our separation was even more real. As I continued to walk through his place, I realized that he had not done a sweep of things that in my opinion should have been taken out of his home or at the very least put out of sight with the knowledge of my coming to visit. On his kitchen table there was a partially open Valentines gift. It was obvious that it had come from the girl that he had told me that he wanted to date when we broke up. What was left was a book. On his coffee table was condoms in a dish. Walking into the bedroom to put my suit case at rest for my visit, standing on the bedstand on my side of the bed was a glass of wine that had been partially drank. Obviously, I knew it wasn’t left there from the last time I had been there. I stopped in my tracks and just stared at it. I know he felt my hurt as he rushed past me and picked it up, saying let me get this out of your way. Again, I said nothing. When he came back into the bedroom, he saw that I was taking the sheets off his bed. There was blood on the sheets from an injury that he had gotten helping a woman whose car had broke down by the side of the road. We had talked about it on one of our phone calls. He had told her to stay in the car and NOT to start the car. Well, she did during the time he was under the hood. The fan did not have a cover on it and it made a large gash in his shoulder area. Needless to say, he was not happy. When he went home after the injury, he decided to sew up the open cut himself. He asked me to stop changing the sheets, that he would do it. I told him I didn’t mind but he was insistent. After removing the sheets and throwing them into the trash, he brought in a set of sheets I had bought for him a few years back. They were still in the package. As he opened them, he said, “See, remember I told you that we would save them for a special occasion.” I smiled and gave him a nod. But my heart was unsure with what had greeted me upon entrance to his home. After all was settled in, we went to dinner at the Texas Roadhouse. He paid; the meal was delicious. He was as always, a true gentleman, opening doors, pulling out my chair, putting my cloth napkin on my lap. It touched my heart, but I couldn’t help but wonder if he had done the same with the other women.

We drove back to his apartment where we watched tv and went to bed. We made love and after he fell asleep, I cried silently that night next to him. Had I made the right decision to give us another chance? Why would he leave traces of her all over the apartment? I just didn’t understand.