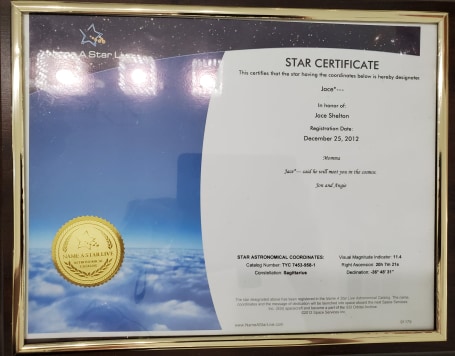 It’s was the beginning of November 2002, and my Jace*—- is back in San Angelo. He was so happy to be home and I was happy that he is was there also. He could finally relax and feel free to be himself.

We were back to our marathon phone calls and instant messaging each other on AOL. I loved to hear his voice but, I also loved his written words. Many times, I would print out our conversations.  I love to read them over and over again.

It just depended on how Jace*—- felt or how tired he was whether we would talk or write any given night. Then there were the nights when we kept getting kicked off the internet. Ahhh, the wonders of dial up. I wondered if there would ever be a more efficient and easier way to connect with a computer.

Here is part of one evening’s conversation on the computer:

Mermaid3389: I’ve been as far as Carlsbad, New Mexico

Rumpld4skn:  I use to drive by there, when I was pushing a rig

Mermaid3389: There is beauty to the area

Rumpld4skn:  Oh yes…. A beauty to everything…..

Mermaid3389: I use to go to New Mexico once in a while

Mermaid3389: have you been to the caves

Rumpld4skn:  there is also hundreds of bats that live under the congress ave bridge….. dusk was most enchanting

Mermaid3389: the cave was very interesting and did have a sense of beauty

Mermaid3389: but I must admit I was frightened of the bats

Rumpld4skn:  a beauty that envelopes the self…. Makes one aware of one’s insignificance and significance, simultaneously……

Mermaid3389: yes that was what I was told but….. ummmmm……I was afraid that they might have rabies

Rumpld4skn:  but attacking humans is not their forte

Mermaid3389: so if we see the wilds together I will stay close to my man ….. as I know I will be safe with you by myside

Rumpld4skn:  I would love to allay your fears….

Mermaid3389: as you already do my love

Rumpld4skn:  absolutely, as I will stand between you and anything that makes you feel threatened

Rumpld4skn:  I am one of action…. Not reaction

Mermaid3389: thank you my lord

Rumpld4skn:  to perform the good. for you. because I can……

Rumpld4skn:  and you bring out the good….. polish it to perfection

Rumpld4skn:  with your love and your gentle style

Mermaid3389: it is but a reflection of yourself

Mermaid3389: into my being….. filling up my senses

Rumpld4skn:  and you….. the oasis, which quenches my dying thirst in this arid and harsh realm, which I have been thrust…..

Mermaid3389: together we are safe and as one

Rumpld4skn:  when I thought all was lost….. I woke and opened my eyes to find a most wonderful, beautiful paradise before me

Rumpld4skn:  one that I wish to explore, with all the splendid wonder of a child…..

Mermaid3389: ahhhh…… but this paradise was still and of no value until you came into it’s being

Rumpld4skn:  but such paradise always possessed intrinsic value, a value far and above any other

Rumpld4skn:  and I could not see until I opened my eyes…..

Rumpld4skn:  and saw with my mind’s eye

Mermaid3389: you’re so sweet….. and bring only the best out in me…… my love, I hate to leave your side but motherly duties call

Rumpld4skn:  I will see you via the kosmos

As you can see, he slowly rebuilt/fixed me, just by being himself.

When we referred to meeting in the Kosmos, we were talking about meeting on the astral plane in our sleep. Jace*—- being in Texas, Central Time Zone, was 2 hours ahead of me. Often after getting off the phone or chatting on line, I would feel his essence, a breeze beside me. I would then feel a tug on my soul. I would hurry up and fall asleep so that I could join him in the ethers where we would play, be together and see many things. It was always a glorious time that I would carry in my soul the next day. Love with Jace*—- was and is truly amazing.