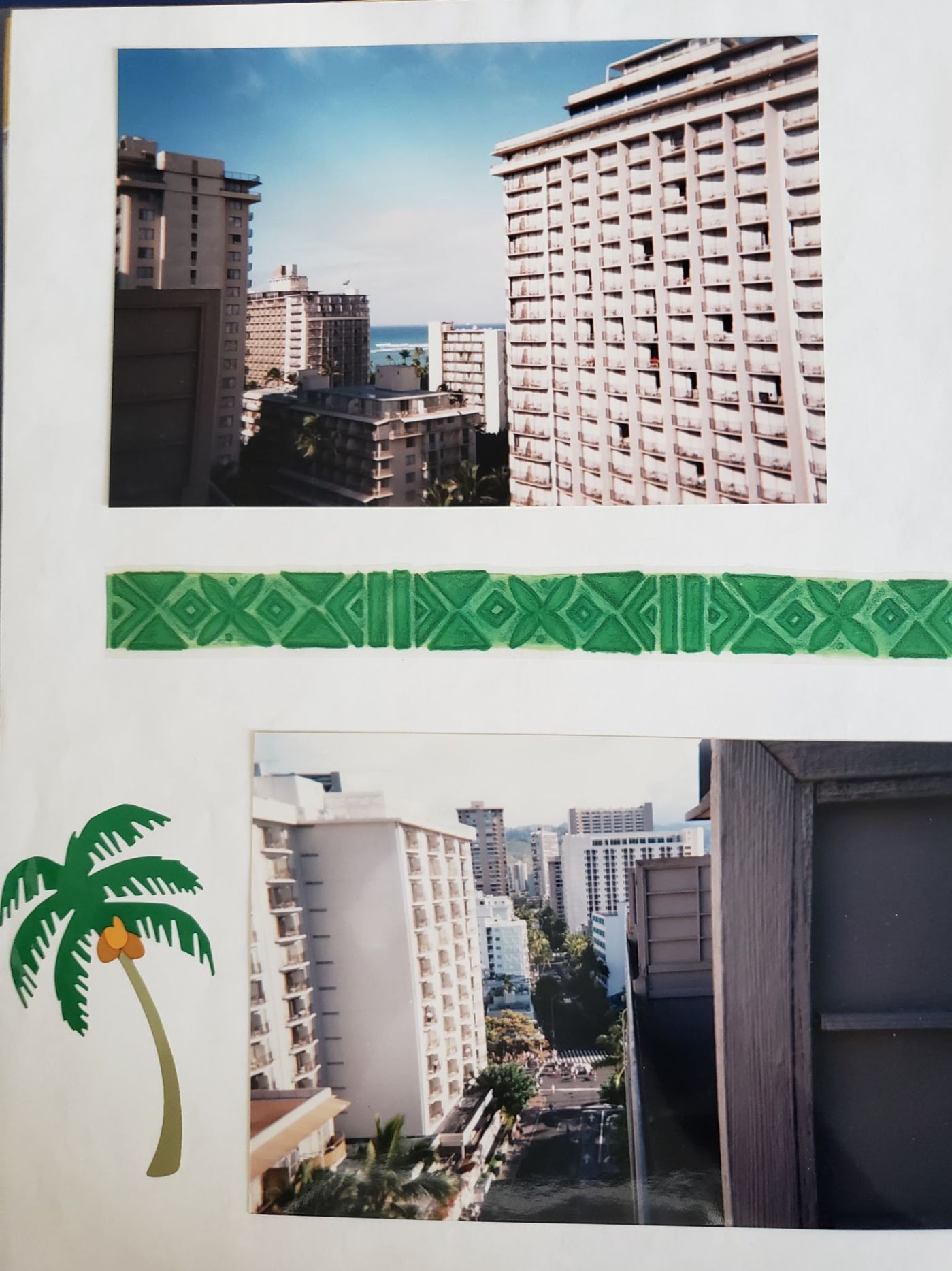 Jace*—- and I would rise early to go to our jobs, although neither of us were morning people.

There’s the alarm. It seems like I just fell asleep. It’s 4:45 am, I must get dressed, throw on make-up, and as the Beetles would say, “Drag a comb across my head.” I left my hard-working man in my bed with a light kiss. It was down right miserable to leave his side. It will take only a few minutes for him to get ready, so it only makes sense for me to let him sleep in a bit longer. I also want to make him some coffee and toast before we go. Now can I do all of this before the shuttle gets here at 5:30 am to get us to LAX on time for our flight on Hawaiian Airlines. I know, I know, I’m pushing it, but I must have been out of my head to book a flight out of LAX at 8 am. I just gently woke up my Jace*—- and wouldn’t you know it here comes a phone call. The shuttle bus has arrived early, are we ready? What!!!!! They are out front and of course we were planning on that extra 15 minutes. Oh well, why not, I love a mad rush. Nothing was going to rain down on my parade. I was with the man of my dreams and we were going to paradise.

I was unable to make breakfast for my Jace*—-. He was very understanding and said not to worry about it. My man is a saint. He started to pick up all that I had packed. His only remark was, I’m a pack mule. Let’s load it on.”  He brought out my 2 suitcases, his duffel bag, beach chairs, and a fishing rod. Looking back, it makes me cringe. We looked like first class tourists. It was nothing short of amazing that they allowed all of that on the plane.

Somehow, we got to the airport on time. Jace*—-, poor guy, once again was loaded down with all our things, at his insistence, by the way. We had to stand in numerous lines. We were told to put the special Hawaiian Holiday tags on all of our items so they would not get lost. Now off to check in our luggage. They decided to check my luggage. Not sure what they thought they would find. But it passed with flying colors. We went through TSA and into the seating area to get ready to board the plane. We just made it on time.

“Now calling all passengers in rows 1 through 10 for boarding.” Please have your boarding passes ready.” That’s us! Our excitement was over the top. We went to our seats, 7A and 7B. We thought we had it made being in the front of the plane. We soon realized that the back of our seats was up against the bathroom. So, each time someone went into the bathroom our seats would shake. Then there was the monster in the toilet. Every time someone would flush it, we would hear a loud whoosh. The upside of our seats, was that no one was in the 3rd seat. We were happy because it gave us more privacy and space. Jace*—- later would take advantage of the extra room to take a nap. While in flight, we first got some breakfast. I was thinking that was great because unlike myself who skips breakfast more often then not. Jace*—- had not had time to grab even a bite this whole time. He was a type a diabetic and that is really not a good thing. Jace*—- looked at diabetes as being a weakness, a flaw in his body and character. He never complained about how he felt and tried endlessly never to let it limit him in anyway. Once again, Jace*—- always pushed the envelope. If I had been more cognitive about the illness, I would have tried to be more mindful and watched him more carefully. But then he would have hated to be monitored. Jace*—- decided to have a Breakfast Quiche. I was thinking he was a brave man. I ordered a waffle and sausage. How could I get wrong with that simple breakfast? After all it probably was an Ego and Brown and Serve Sausage. Turns out the waffle was tough and I still don’t now what the sausage had in it. While eating we were shown an informative video about Hawaiian Holidays and what they had to offer to make our vacation go smoothly and more enjoyable. Right after that we were shown a travelogue on the Hawaiian Islands. They finished it off with a movie, “Sweet Home Alabama.” It was very good. One thing that became evident in that flight was that Jace*—- was not a fan of flying. On top of that, he was not one to sit still for long. At one point, he went into the bathroom to check out just how the toilet works and why all the noise. Later he came out and took a nap. An hour later we would finally land on the beautiful island of Oahu. Fasten your seatbelts. We have started our decent into Honolulu. Welcome to paradise. Weather here today is mostly sunny. The high will be 77 degrees. Aloha!

As we walked off the plane into the terminal, there was a man standing with a sign that said “Hawaiian Holiday.” Next to him on either side were to ladies in hula skirts with Orchid Leis hanging from their arms. We each were given the traditional Hawaiian greeting. We were ushered away to the shuttle and our luggage was handled by the driver. We were on our way to our hotel.

The drive to our Hotel Owana Reef Tours was very beautiful. I really was fascinated by the trees that were thick in the trunk and seemingly had roots that grew straight up toward the sky. We arrived at our hotel only to find out there was some mix up in our reservations.  So, we had to wait a short while for them to get it straighten out. We decided to go to our first ABC Store and bought a few things for our room. Soon we were behind closed doors. Because of the time difference from California to Hawaii it was still morning. We were both exhausted, especially Jace*—- considering he had now been in two different time zones in two days. We had been out late the night before, and stayed up having fun for a while after we got back to the apartment, It was a very early rise for our flight here.

Our first day was spent getting settled into the room, going out to lunch and taking a nap. We got up for dinner, going down the way to a Subway Sandwich Shop and bringing our dinner back to our room. We talked, enjoyed the beautiful view, made plans, and watched “American Has Talent” for the very first time. Soon it was time to call it a day. We fell asleep, but I woke up to him cuddling me and giving me sweet kisses in the middle of the night. We all know what that led to, paradise in paradise! Life is good!!!!

Next is Hawaiian ready for Jace*—- and Cindy?