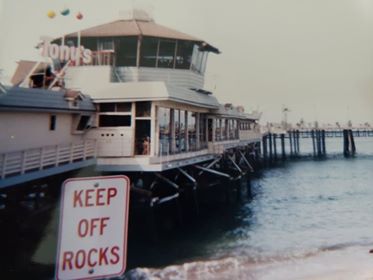 Hand in Hand we walked to my car to start an amazing week in Paradise. Still very much the gentleman Jace*—-, opened the door on the driver’s side of my car to make sure I was safely inside my car. As we left the parking area, I could see his eyes were as big as saucers, taking in everything around him. I looked at it, as if he was a child seeing Disneyland for the very first time. I had a feeling that he was trying to keep up with my excessive talking, while all the time there were millions of questions in his mind about what he was seeing. So finally, I zoned in on it and became much less talkative so that he could ask or make comments on all he was seeing. Living here the majority of my life made me insensitive to the fact this was a bit over whelming for him. He was truly awestruck.

Soon we pulled up to my apartment. He came over and opened my door, something I had to be mindful of as I never have been used to such treatment by men, kindness and respect. He took out his duffel bag from the trunk and we headed for the door. It was on to the welcoming committee. I hadn’t expected that. I had talked to my neighbors and sang the songs of praise for my Jace*—- to them quite frequently for over a year now. There was only 4 units including mine in the apartments, but we were a very close group. Through the grapevine they had learned he was coming today. So, all of a sudden, my all of my neighbors were out checking their mail, taking their trash out, or catching up on chit chat. They had to see this guy who had made such a big change in my life. The one who literally made me come alive again. So, introductions were made. Later after my Jace*—- went back to San Angelo my neighbors came together to let me know that he met their approval and had even surpassed it. That was not surprising because I would soon come to realize that Jace*—- made friends everywhere he went in a matter of minutes. Sadly, I don’t think he ever realized while on this earth, how much he was greatly loved and how people valued his friendship.

We went on into the house, where we were greeted by my daughter Angie. They had a pleasant exchange. We put Jace’s*—- duffel bag in my room and we were off to dinner. I decided it would be best to go by the ocean to see the local Whaling Wall #31 in Redondo Beach created by the famous Laguna Beach Artist Wyland who is an Ocean and Sea life Conservationist. He was impressed, viewing this piece of work for about 15 minutes.  Jace*— loved it because he was a great lover of animal and sea life. Very close to the wall was the restaurant, Joe’s Crab Shack. It had great ratings and was very popular in the area. It had good food and was labeled a fun place to go. I knew of Jace’s*—- love for sea food especially shrimp and crab legs. I remembered this from eating at the Chinese Restaurant in Wichita Falls where he had one of his plates pilled high with shrimp and crab. We drove over only to find out that there was a 2-hour waiting list for a table. We chose not to dine there as we were all pretty hungry by now. We went on to the Redondo Beach Pier where we entered Tony’s on the Pier, originally my first choice. On the pier, it had tables over looking the ocean. Diners were able to open the windows next to the tables where you could feel the sea breeze and hear the roar of the waves smashing against the pier. The atmosphere was beautiful and very romantic. Jace*—-, Angie and myself, walked in where we were greeted by the Hostess who told us that there would be a 10-minute wait. Agreeing to the terms she suggested that we go up to the “Crows Nest,” grab a drink, and she would notify us when our table was ready. The Crow’s Nest was circular in shape and all the walls are made of glass to give a beautiful view of the Pacific Ocean. Well, 20 minutes turned into an hour, and one drink turned into a few for Jace*—-. I was the designated driver so I nursed my 1 drink. We both had Mai Tai’s, their signature drink in their signature glasses that you could take home with you. Angie had a Shirley Temple. Our name was called. The stairs we went up seem a lot steeper and a little trickier go down, but we made it to our table of 4 by the window. Jace*—- and I sat on one side and Angie sat across from us. Angie and Jace*—- talked the menu over and decided to have a fish dinner with Salmon Chowder. I also had fish with a salad. Jace*—- ordered Calamari as an appetizer. I had never tried this before and quite frankly knowing it was baby squid really did not sound like something I would find tasty at all. I promised Jace*—- I would try one and Angie at age 15 was much more mature and ready for the challenge. We anxiously waited for our food because it had become very late and we were all extremely hungry. Of course, the Calamari came first. The thoughts in my head did not do it justice for when I saw the baby squid on the platter, you could see what appeared to be a head, at least it was something round on the top and its tentacles where dangling from it which had been deep fried and breaded in batter. How in the world was I going to pop one of these things into my mouth, when all I could see in my mind was a picture of it in a book. Okay, I’m sorry fish lovers but they are down right ugly to me. Here it goes a promise is a promise, I slid one in my mouth. Ugh, as I bit down on it, I swear something squirted out of it, which in my mind was brains. It took all I could take to continue to chew and swallow, as I chased it down with water. I can tell you know that is the first and last time I ever ate Calamari. Angie ate a few more and Jace*—- enjoyed them immensely. We all enjoyed the rest of the food and the beautiful ocean view. It was very late so we opted to go home.

We had to rise early for the flight to Hawaii. As we walked to the car, we came upon a lady selling single roses. Jace*—stopped and bought me 3 of them, 2 red and 1 white. I loved them. This would be the first of many flowers that he would give me over the years while he was on this earth and from heaven. They all touched my heart in a very special place. Jace and I were all turned around in the underground parking. Angie took the led and lead us right to the car. We drove home and entering the apartment said a quick good night to Angie. Behind the doors of my bedroom that night the passion, tenderness, unity of our souls was like the lyrics from the Lonestar Song, “Amazed,” “very time feels like the first time, every time,” even more beautiful and meaningful. This was so right. This was where we were meant to be together for eternity. We fell asleep in each other’s arms knowing that in the morning we would be on our way to our adventure in Hawaii.

Coming up, the scramble to be on time to the airport, the flight and first day on the Island