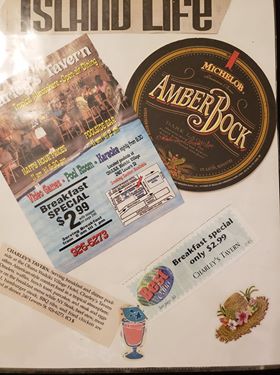 After Diamond Head, one needs a day of rest. We did just that. I was still worn out and my Jace*—- was having blood sugar problems, so we made the collective decision to just take it easy that day.

We woke up late and just stayed in bed and cuddled for a while. Once we forced ourselves out of bed, we order pastries and a newspaper from room service. Neither of us were in any hurry to leave the room. As Jace*—- would do, he picked up the newspaper and start to read it while enjoying his coffee and Danish. He had developed that habit from one of his Professors in college of reading the newspaper from cover to cover each and every day. I think it was a Professor. I may stand corrected. I decided to write in my journal and catch up on writing Postcards for loved ones back home. After our pastries, we spent time relaxing, talking and watching some television.

Eventually, our tummies started talking, so we decided to get dressed. We came to the conclusion that we would leave for lunch, but neither of us wanted to go far. It was to be, as few steps as possible please after yesterday’s “Hawaiian Mile.” So, I looked at all the available literature we had in the room to find a restaurant close by to eat. It appeared that right across the street there was a place called Charlie’s Tavern. It was very casual and it served food and drinks. That would work just fine for us.

Literally right across the street we walked into “Charlie’s Tavern.” It was an open bar, meaning it opened up to a swimming pool. There was a tiki theme going on and you couldn’t mistake that you were in the Islands. We looked around and I asked Jace*—- which we should sit at a table or the bar? Jace’s*—- reply was, “The Bar! I’m very comfortable there. The bar stool and I go way back.” I laughed as we bellied up to the bar. It was 2 pm in the afternoon. Just so I can set the scene, I’m that girl that can’t hold her liquor. Two drinks and I’m dancing on top of the bar! “I’ll have a Coor’s Light and my lady will have a White Russian,” my Jace*—– said. And that’s were we met Frank the Bartender. It was fun and games from there on out. When with Jace*—– there is always laughter and he is very entertaining and so it was. We always had a way of playing off each other with great humor. Soon we were interacting with Frank and quite a bit of the bar was being entertained. As before stated we did come there to eat.

“Frank, do you have a menu that we may order from? “I requested.

“You don’t serve lunch?” I questioned.

“Well, sometimes, if they are not too busy this restaurant (handing us a menu), may deliver to the bar.” Frank announced.

Deciding that we didn’t want to go anywhere else, Jace*—- and I looked over the menu. It became very apparent that everything on this menu was with Spam. Some of our choices were Main dishes with Spam, side dishes with spam, salads with Spam, Spam and eggs, Spam Burger, Spam omelets, Spam musubi, even Pizza with Spam. I had heard that Spam was big on the Island but Wow!!!!! Well, it couldn’t be helped, Jace*—- and I looked at each other laughed and started to play off of each other with Spam jokes. That’s all it took for Frank to join in on the party. Frank said, “What can I say, I’ve got connections. I can get you a case for slightly above wholesale.” I replied, “Now, that’s a souvenir that I could being back to everyone, especially from Hawaii, the Spam Capitol of the World.” Jace*– chimed in with, “I’ll take a case. Texas will never be the same.” Before we realized it, we had drawn an audience. People surrounded us laughing at our antics. Even the owner of the bar came over. After listening in for a while, the owner’s comment was, “You guys are having too much fun.” Soon he was in on the jokes also. Needless to say, we laughed until it hurt and drank until we felt no pain. We ended up ordering a Pizza, hold the Spam. As my Jace*—- would say, “We had much fun.” Then again, everyday is fun with my Jace*—-. We ate our pizza, said goodbye to our new friends and made it safely across the street to our Hotel room where we feel into bed and made love through out the night.

Life with Jace*—- was fun, full of laughter, enchanting, romantic and unable to be duplicated with anyone else in the whole wide world. What a blessing he was and still is.

Next, Pearl Harbor and the Arizona.