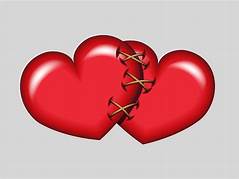 I have a little story…..

Before our breakup I had been working on writing a book. It was a romantic novel using Jace*—- and myself as characters, but with fictious names. With this little bit of history, this is where we will start on our blog today.

When I spent time with Jace*—- at his apartment I found it very inspiring while writing my story. I would ask Jace*—- to help me with the perfect word or spelling. I would pass by him a part of the story or an idea where it was going to get his opinion. Jace*—- was one of the most intelligent persons I have every meet. And then there was always the fact that he was an amazing story teller. He also was a great writer himself. When we broke up I continued with my book. But I did miss Jace.s*—- interaction and the fact he was actually interested in our book “Love in Tombstone.”

Our calls continued, still frequent, but I still was not in a place where I felt comfortable with rekindling our romance. During the period he always called me, I never called him. Until one day when I was driving  and I was thinking about the next chapter of my book. Then one of my favorite songs came on which reminded me of my Jace*—-. It was Amazed by Lonestar. I questioned myself as to if I should ask Jace*—- about something I wanted to put into the book. I didn’t really have the right words to describe it. After fighting with myself, I finally gave into my desire to call him. He was surprised, but happy that I called. When I asked him about it, something changed. He felt hope for us and I guess in a way, without me realizing it, I was inviting hope for us to reunite. Our connection took a change that day.

After this we talked more often and he became more comfortable and flirtatious. So cautiously, we began the dance again. One of Jace’s*—- favorite sayings about us and our relationship was, “You will not be able to tell the dancer from the dance.” Meaning the two of us would become one. My fear of getting back with him was not dismissed. I still held fear of getting hurt again, but my guard was slowly dissipating. It was almost like we were starting from the beginning, yet there was a history of love that could not be denied. Jace*—- also continued to help me with my writing of “Love in Tombstone.” We so enjoyed working with each other on our writings.

Time rolled on. We became more intimate in nature on the phone until one day in September, when he called me out.

Next week the Question he posed to me and where that led us too.