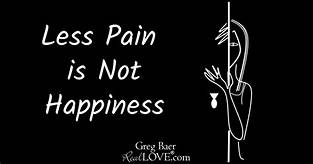 It’s been a couple of months since Jace*—- and I broke up. I wish I could say it’s getting better but I am still trying to find my balance without him in my life. The only way I can convince myself that I will survive this is to know that we will have future lifetimes together. I go through each day trying to find my new normal. I try not to dwell on how much I miss him, how much I love him. I must get through this as I am a Mom and a Grandma. I will survive. I just have to convince my heart of that.

Suddenly, while deep in thought I hear the phone ring. I look at the caller ID. It’s Jace*—–. I wonder if I should I answer? Am I feeling up to talking with him? I don’t really want him to know how depressed I have been without him in my life. It is coming to the last few rings I decide to answer. I put on my best happy voice as I pick up the phone. We said our hello’s. My heart melts when I hear his voice, but it also makes me sad. It just enforces how much I miss him. Jace*—- started out with small talk, like how am I doing? I certainly couldn’t let him know the truth about how I felt. So of course, the answer was great. He then went on to tell me about his latest work situations. It almost felt like old times. His conversation continued by updating me about the people I knew in his life, letting me know how they were doing. Then out of the blue he said, “Cindy, I realize now that I should have never, never said those things to you in January. I felt a little taken back, I really didn’t see that coming. I turned a bit cold, I really didn’t mean too. I think I was just trying to protect myself. I thanked him for his apology. It did mean a lot. He waited for more of a reaction, but I remained silent. Jace*—- continued with the conversation telling me about his latest adventure in nature. Hearing his story brings home to me the Jace*—- I know and love so deeply. How I want to go back in time and pick up when all was so good with us. I wanted to erase all that had happened. I snapped back into reality, when he once again repeats that he now knows and wishes he had never said those things to me. With Jace*—–, for me he never said anything that he didn’t mean and that hasn’t been well thought out and through thoroughly. Being that he is a Virgo this is his way. I’ve seen this in him many times. I know this doesn’t come easily for him, but quite frankly, I’m afraid to give in, afraid of being hurt again.  He continues talking, telling me some of the things that had happen with the woman that he was dating. I guess I should not have been surprised. It is not unusual that he is so willing to share what has happened to him.  He has become an open book with me, never holding back when telling me about his life. He surely wasn’t that way in the beginning of our relationship. He played his cards close to his vest. But once we had built that bond of trust, he was very open about everything. You see I never judged him. Anything he told me was and is always held in confidence. Henceforth, his take off of this experience. He told me that the girl that he dated came to his work and his home to cause problems. It was very embarrassing to him. That it never felt right and soon he realized it wasn’t right at all. I listened respectfully, even though it was difficult. I sympathized with him. But I never offered him advice on the matter. He made it clear that he was through with her and had no interest in ever seeing her again. We continued the conversation for a while later, changing the subject eventually. But, unfortunately, I never gave him what he really wanted that day. I know he wanted me to fall right back into his arms, and oh how I wanted to, but the fear of being hurt again held me back. This is something I will regret later on in our relationship.

It follows you where ever you go

It casts a dark shadow over you

You did not choose to have this rain cloud so,

You are left with the unyielding question:

Why did it choose me?

Next The calls continue.

“Dreaming With A Broken Heart”

The waking up is the hardest part

You roll outta bed and down on your knees

And for a moment you can hardly breathe

Wondering, “Was she really here?

Is she standing in my room?”

The giving up is the hardest part

She takes you in with her crying eyes

Then all at once you have to say goodbye

Wondering, “Could you stay my love?

Will you wake up by my side?”

Now do I have to fall asleep with roses in my hand?

Do I have to fall asleep with roses in my hand?

Do I have to fall asleep with roses in my hand?

would you get them if I did?

The waking up is the hardest part