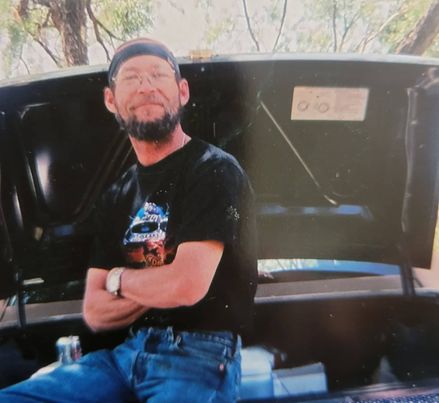 One day while we were just hanging out at Jace’s*—- apartment in San Angelo, a familiar person appeared at his door. Jace*—- would leave his front door open until the early evening many days when he was home. This person was the infamous Twitter, Julie was her given name, but Jace*—- gave nicknames to most of his friends who became his family. She was a very attractive woman, petite with short brown hair and smack full of personality. She walked in and Jace*—- jumped to his feet and instantly gave her one of his all-encompassing hugs, ever so tight, and never to let you go. She of course hugged him back. When he let her go, he turned around and looked at me with “A oh shit look on his face,” waiting for a reaction from me. I just watched quietly and waited to be introduced. I got to admit, I indeed was more than a little curious. He introduced her as Julie and then told me she was tweeter. Oh, ok now I understood. The two of them had an amazing way of communicating, they pulled no shit and was straight on with their conversation. I loved that. You could see she would set him straight if needed. We sat and chatted for a while. I knew in my heart that she would always be there if he needed her. I was thankful for that. Jace*—went next door with Tweeter for a minute to visit the neighbor Randy, they both knew and I choose to stay back. He stayed for a little bit and I called my girls. When he came back alone, we went out for dinner.

Later in the evening he told me that he asked Tweeter what she thought of me. Was I just messing with him or did I really care? Tweeter answered, “She adores you. That hasn’t happened before. You might think about staying around with this one at least for a while.” She was right I did and do still adore him.

Here is a story she shared with me recently. Kind of lets you see what kind of relationship they had. These two had a very special bond. I know he watches over her from heaven. In her words:

On this particular “wilding” night Jace and I decided to go to a rundown park called Greg’s Park that was behind the high school that Jace attended. It was basically a paved road that led down to Lake Wichita. I believe it had one broken down picnic table still standing.  Why this place, maybe because no one ever came there any longer. I had just gotten my new car and she was a beauty. She was the new Dodge Intrepid. The color was an unusual turquoise green. We were standing outside leaning against the car listening to our “wilding music” (a tape Jace had made of his favorite drinking songs). The beer cooler was sitting outside. Jace was standing with his back away from me peeing (as you know Jace did not get in a hurry when he peed. That man could pee for 2-3 minutes at a time).  I wasn’t paying much attention to the road that led into this park but Jace was. He stopped pissing mid-stream and was zipping his jeans, grabbing the cooler and jumping into the car hollering for me to get in and drive. I got behind the wheel and noted that a big truck was coming down the only road into the park and was blocking the road. This truck started spot lighting us. The light was so bright it was hard to see. So again, my co-pilot was navigating me toward a pasture which was thick with mesquite and god only knows what else. The dirt road going through this pasture was not wide enough for my car. Jace was yelling telling me to go faster cause the truck behind us was getting closer. I picked up speed and would hit ruts, stumps and mesquites with every tire turn. Neither of us knew where this path would lead us until we came to the end of the path which was into the lake. I slammed on the breaks and slid to the left. We continued this path making our own trail. I slowed down some and started climbing a steep hill made of dirt and large rocks. Jace told me to continue going the same speed so that we could make it up the hill. Well we finally make it up the hill and my car bottoms out. All 4 tires are off the ground and we are stuck. The other side of the hill is not even visible to us. Jace gets out and before he closes the door, he said “don’t worry Tweeter you got this”. Jace then jumps onto the top of my hood trying to use his weight to bring the front tires to the ground for traction. This didn’t work. I then get out of the car and I’m beginning to panic. Even if we get the tires to gain traction going down the hill is not going to be easy. It is nothing but large rocks. Jace then walks to the back of the car and lays down on his back with his feet in the air under the bumper of the car. He used his leg strength to push the back of the car up which caused the front end of the car down. This maneuver was successful, and the car became mobile again. Jace jumped in and we headed down the rough terrain. Not without mishap of course. We reached the bottom of the hill that ended on a paved road. I stopped the car and we got out so that I could asses the damage to my new car. In the darkness all I could see was it was covered in think layers of mud. I told Jace he better think of a good story to tell my husband for the condition I was bringing the car home. He said to tell him we were testing out the 4-wheel drive and to tell him the 4-wheel drive was top of the line. LOL. I said Jace my car is front wheel drive not 4-wheel drive. Again, he chuckled!!!!! I dropped him off at home and when I woke the next morning to leave to go to class, I had 2 flat tires and 2 tires that were too low to drive on. This drunken night cost me 4 new tires, numerous scratches in the paint and whole lot of memories and many years of laughing about it.

As you can see. they had lots of fun together. I am thankful that he had such a great friend.

Next Leaving San Angelo for the last time.